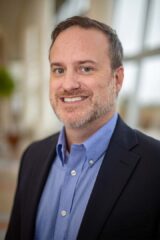 Dustin has over twenty-five years in sales and sales management experience.  He earned a Bachelor’s Degree in Anthropology from the University of Texas at Austin and also studied at the prestigious Uppsala Universitet in Sweden for one year.  Dustin speaks Spanish and Swedish and has spent time living and studying overseas in Sweden, Spain, Belize and Peru.

Dustin’s knowledge, experience and deep understanding of both the obstacles and the unprecedented opportunities for ICFs in new markets is invaluable to any company considering building with BuildBlock ICF technology.  His leadership directly contributes to the strength of the BuildBlock team and is the cornerstone of its sales and business development team.

Dustin’s favorite pastime is international travel, as he enjoys learning about and relating to other cultures.  Especially sampling the cuisine!