Of all construction materials, concrete is one of the most fire-resistant which means it makes for a great fire barrier. The superior fire resistance of concrete walls gives buildings built with insulating concrete forms distinct safety advantages. And those advantages give builders and buyers yet another reason to consider using ICFs for their next project. To prove ICF fire resistance, BuildBlock used a third-party testing facility to conduct firewall tests. 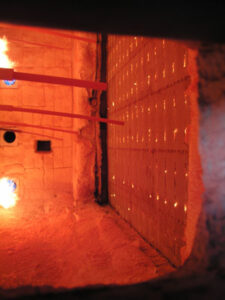 A view into the furnace about 10 minutes into the test. The plastic web connectors glow as they begin to burn. 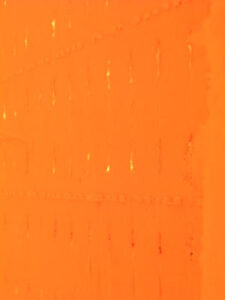 As the temperature reaches the maximum, the entire wall glows red hot. 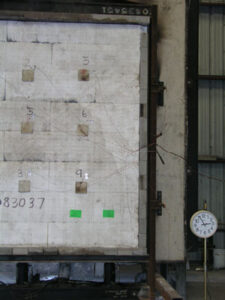 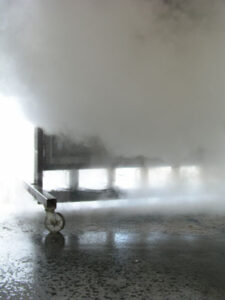 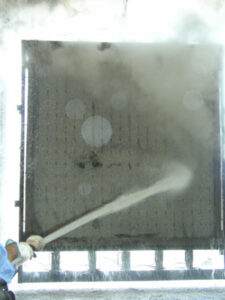 Steam explodes as the wall surface cools, etching the concrete finish about a 1/4 of an inch deep. 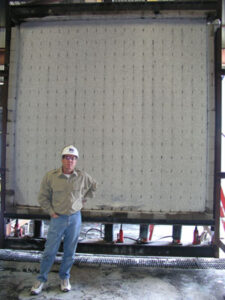 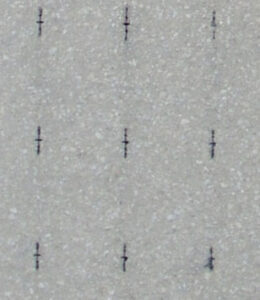 ICFs Stand Up Against Fire

Unlike wood, concrete is a fire resistant material and does not burn. Unlike steel, it does not soften and bend. Concrete does not burn until it is exposed to thousands of degrees Fahrenheit — far more than is present in the typical house fire.
This has been confirmed in so-called “fire-wall” tests. In these tests, ICF walls were subjected to continuous gas flames and temperatures of up to 2000°F for as long as four hours. None of the ICF walls ever failed structurally. All of the ICFs tested were of the “flat” or “uninterrupted grid” type, having no significant breaks in the concrete layer [like BuildBlock ICFs]. In contrast, wood frame walls typically collapse in an hour or less.

Proven to Stop the Spread 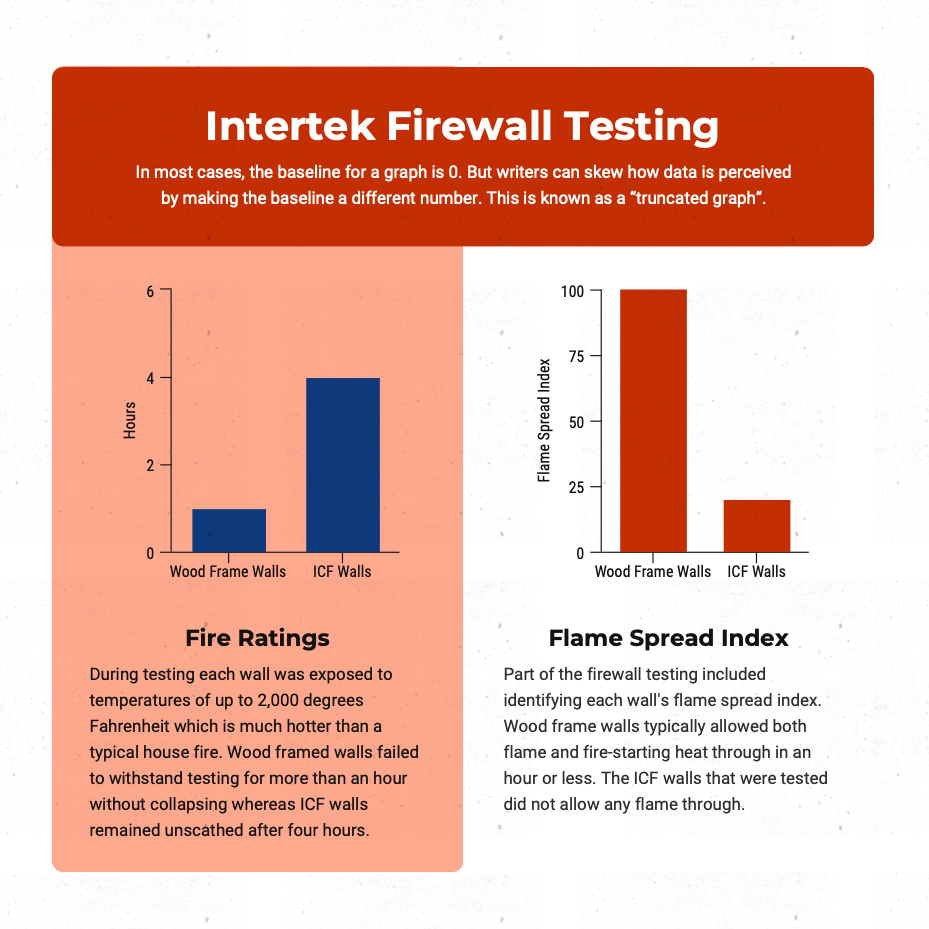 Concrete walls have also proven more resistant to allowing any fire to pass through at any point. This is especially important for buildings located in areas with brush fires that could spread indoors.
The firewall test confirms this rule for ICFs once again. Part of the test measured how well the wall slows the passage of heat and fire. The ICF walls tested did not allow flames to pass directly through. They also did not allow enough heat through to start a fire on the cool side for 2-4 hours. In contrast, wood frame walls typically allow both flame and fire-starting heat through in an hour or less.

The foams in ICFs are manufactured with flame-retardant additives to prevent the foams from burning by themselves. If you hold a match to the material, it will melt away.
Of course, in a house fire, the foam may be subjected to constant flame from other materials burning nearby (wooden floors, fabrics, etc.). The “Steiner Tunnel Test” measures how much a material carries fire from an outside source. In the test, technicians line a tunnel with the material, run a fire at one end, then measure how far the flame spreads. The flames only traveled about one-fifth of the distance of a tunnel lined with ICF foams, whereas they spread down a tunnel lined with wood.

Practically any organic material, be it wood or plastic, gives off emissions when it is subjected to intense heat or flame. The Southwest Research Institute reviewed the numerous existing studies of fire emissions and concluded that the emissions from polystyrene foams are “no more toxic” than those of wood.