Oklahoma has been in the middle of  “Tornado Alley” since it was first defined in the early 1950s. We see our share of tornadoes and strong storms throughout the year. In May 2013 devastating tornadoes hit the community of Moore, Oklahoma and took the lives of several children who were sheltered at their elementary school.

The community of Perkins is about 45 minutes northeast of Oklahoma City and home to some BuildBlock staff. Their children attend Educare a 75 person early childhood day care and after school program housed at the First United Methodist Church in Perkins, Oklahoma.

In 2013 they also had a tornado track nearby and their need for a shelter became critical. Educare had been fundraising for several years to raise enough funds to build a shelter, but were having little success.

Local businesses and church members began fundraising with a new sense of urgency. Through golf tournaments, bake sales, and direct donations from concerned leaders in the business community, they raised over $30,000 toward the construction of a safe room.

During the planning and design process the safe room was expanded to include a restroom since it would mostly shelter children and the use was expanded to be a media room and not just a shelter.

BuildBlock in partnership with Ladwig Construction and other businesses have been working for the past year through the design process, fire marshal requirements, and location selection. This is the story in our ongoing series about bringing safety to those who need it most.

The safe room was designed by Hani Sayegh of 4D Architectrual Design & Construction in Moore, Oklahoma. Contact Hani Sayegh at [email protected] or 405-783-7839 to learn more.

The best part of the day… Proving that ICFs are easy enough for the youngest students to work with. Training the next generation. 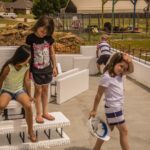 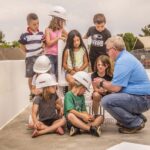 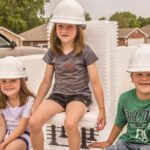 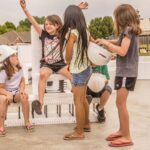 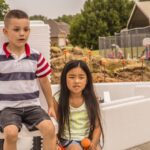 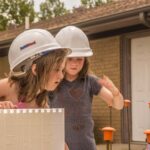 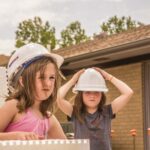 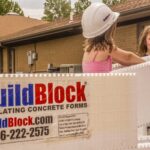 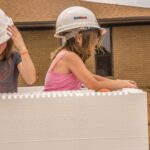 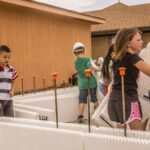 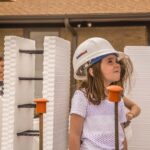 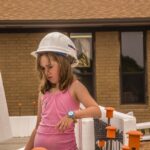 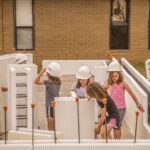 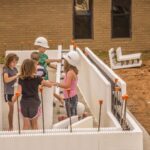 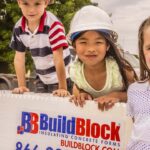 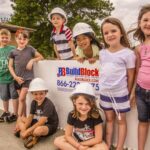 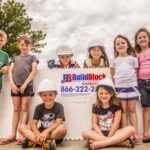 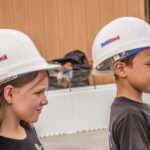